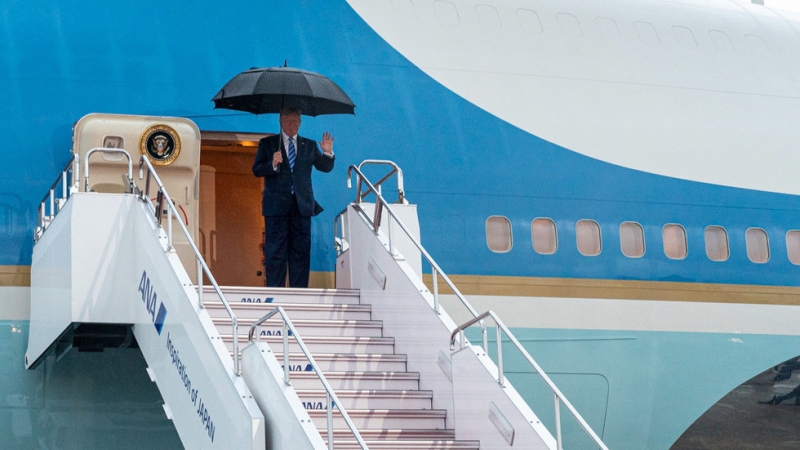 US President Donald Trump has once again criticized China’s trade practices, warning negotiations could get tougher. The statements come as Beijing and Washington are headed into another round of trade negotiations in Shanghai.

In a series of tweets on Tuesday, Trump warned if China waits and he wins re-election, the trade deal will be much tougher for Beijing.

“China is doing very badly, the worst year in 27 – was supposed to start buying our agricultural product now – no signs that they are doing so. That is the problem with China, they just don’t come through,” Trump wrote.

“My team is negotiating with them now, but they always change the deal in the end to their benefit. They should probably wait out our Election to see if we get one of the Democrat stiffs like Sleepy Joe. Then they could make a GREAT deal, like in past 30 years, and continue to ripoff the USA, even bigger and better than ever before.”

US Treasury Secretary Steven Mnuchin and Trade Representative Robert Lighthizer will meet on Tuesday and Wednesday in Shanghai with a delegation led by China’s Vice Premier Liu He.

According to Trump, “The problem with them waiting, however, is that if & when I win, the deal that they get will be much tougher than what we are negotiating now… or no deal at all. We have all the cards, our past leaders never got it!”

Beijing rejected Trump’s accusations, insisting that China has purchased US agricultural products. It announced on Sunday that millions of tons of US soybeans have been shipped to China since July 19. According to Xinhua News Agency, Chinese companies are looking for soybeans, cotton, pork, and sorghum.

China agreed earlier to narrow its multibillion-dollar trade surplus with the US by purchasing more American soybeans, natural gas, and other exports. The pledge was revoked after Trump started hiking tariffs last year.

ALSO ON RT.COMChina & US agree to temporarily cease trade hostilities before G20 summit, sources sayThe two countries have been locked in a trade war since 2018, when Washington slapped 25-percent tariffs on $50 billion worth of Chinese products, triggering a similar response from Beijing. Since then, the sides have exchanged several rounds of tit-for-tat levies. In June, the Trump administration increased tariffs on $250 billion worth of Chinese goods to 25 percent, and China hit back, raising tariffs up to the same rate on 5,000 US goods worth $60 billion.

Beijing and Washington paused the tariff hike exchanges following talks between the two nations’ leaders on the sidelines of the G20 summit last month.