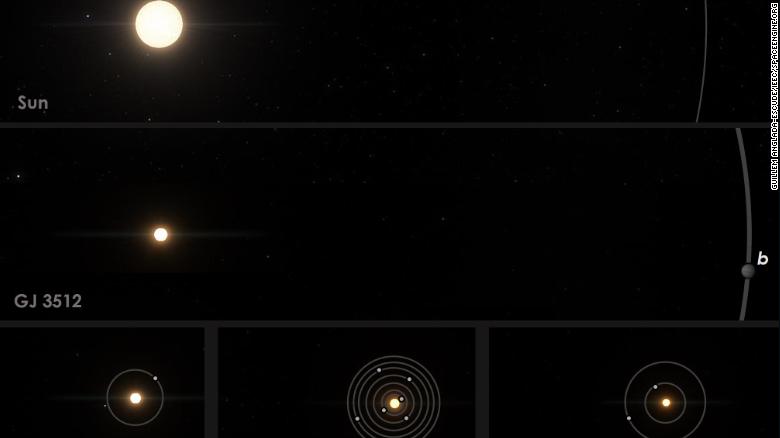 (CNN)Since NASA’s TESS satellite launched in April 2018, it’s been identifying exoplanets and carrying on the planet-hunter legacy of the concluded Kepler mission. In order to find exoplanets, TESS is surveying stars — and that’s how it found the aftermath of a violent encounter.

TESS is surveying an area in the sky that is 400 times larger than what Kepler observed, including 200,000 of the brightest nearby stars. Over the course of two years, the four wide-field cameras on board will stare at different sectors of the sky for days at a time.

As part of that mission, and for the first time, TESS stumbled upon a star being shredded by a supermassive black hole. The black hole responsible for the event likely weighs about six million times the mass of our sun and it’s positioned at the center of the 2MASX J07001137-6602251 galaxy, located 375 million light-years away in the constellation Volans. The star was likely similar to our sun in size.

It’s known as a tidal disruption event or TDE. These rare events happen once every 10,000 to 100,000 years in galaxies as large as our own Milky Way. And observing them is extremely difficult.

“Imagine that you are standing on top of a skyscraper downtown, and you drop a marble off the top, and you are trying to get it to go down a hole in a manhole cover,” said Chris Kochanek, professor of astronomy at Ohio State. “It’s harder than that.”

These three black holes are going to crash into each other

These events cause black holes to release flashes of brightness, illuminating the process for astronomers trying to understand the different processes of black holes.

The evolution of the event, now known as ASASSN-19bt, was captured in detail by TESS’ wide field and continuous observation. The findings from TESS were published Thursday in The Astrophysical Journal.

“Only a handful of TDEs have been discovered before they reached peak brightness and this one was found just a few days after it started to brighten; plus, thanks to it is in what’s called TESS’ ‘continuous viewing zone,’ we have observations of it every 30 minutes going back months — more than ever before possible for one of these events,” said Thomas Holoien, an astronomer at the Carnegie Institute for Science. “This makes ASASSN-19bt the new poster child for TDE research.”

Ground and space-based telescopes provided follow-up observations of the event, capturing different wavelengths of light that carry information about speed and the makeup of the material from the star. The research team watched the event for 42 days before it peaked in brightness and 37 days after.

“I was actually observing at Carnegie’s Las Campanas Observatory on the night of the discovery,” Holoien said. “So, I was able to take spectra with our du Pont and Magellan telescopes less than a day after the event was first seen in South Africa by part of the All-Sky Automated Survey for Supernovae’s network.”

The All-Sky Automated Survey for Supernovae, or ASA-SN, is at The Ohio State University.

The extreme and warped reality of black holes

Studying this event not only provides new insight into black holes but the unusual nature of this particular scenario. The galaxy containing this star contains more dust than other events like this and the star had a short period where it faded and cooled off before reaching its peak. The temperature dropped by 50%, from 71,500 degrees to 35,500 degrees Fahrenheit in just a few days — the first time cooling has been seen during an event like this.

“It was once thought that all TDEs would look the same. But it turns out that astronomers just needed the ability to make more detailed observations of them,” said Patrick Vallely, study co-author at The Ohio State University. “We have so much more to learn about how they work, which is why capturing one at such an early time and having the exquisite TESS observations was crucial.”