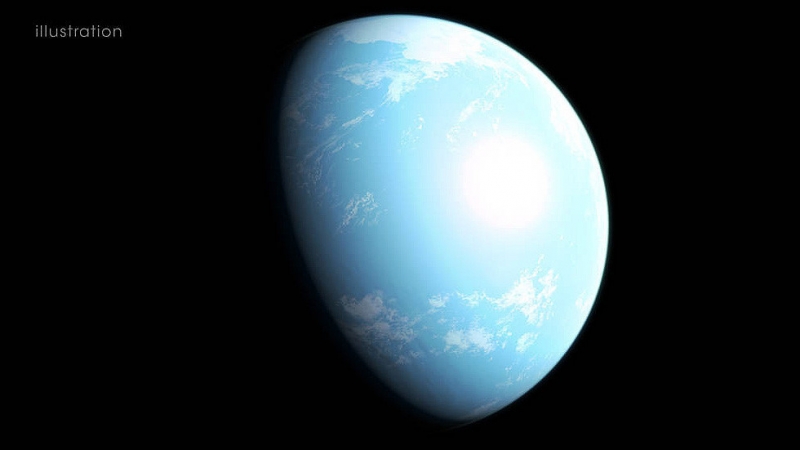 NASA has just discovered a potential “super-Earth” outside our solar system which is located comfortably inside its star’s habitable zone, meaning it could be ripe for human colonization.

While monitoring the star named GJ 357, which sits just 31 light years away in the constellation Hydra, the space agency’s Transiting Exoplanet Survey Satellite (TESS) caught the star dimming every 3.9 days, indicating the presence of at least one transiting exoplanet.

After some further solar sleuthing, the researchers came across a clutch of planets, the most promising of which, GJ 357 d, has conditions which indicate that it could sustain life.

Given its position relative to its star, the NASA boffins estimate that it receives similar amounts of solar energy that Mars receives from our sun. So far so good.

“This is exciting, as this is humanity’s first nearby super-Earth that could harbor life,”gushed one of the lead astronomers, Lisa Kaltenegger.

They are now hoping to discover that the planet has a dense atmosphere that can trap enough heat to warm it and allow liquid water on its surface.

Without an atmosphere, however, the planet likely has an equilibrium temperature of around -64 Fahrenheit (-53 Celsius), which would make it a frozen hellscape and likely nigh on impossible to colonize without expending vast resources – ice picks at the ready, everyone.

ALSO ON RT.COMExoplanet that sports 3 suns offers tantalizing site in search for alien lifeCurrent estimates suggest the planet weighs at least 6.1 times Earth’s mass, and orbits the star every 55.7 days at approximately 20 percent of Earth’s distance from the Sun.

For now though, the planet’s exact size and composition remain unknown, however, but if it is indeed rocky it would be roughly one to two times the Earth’s size.

“If GJ 357 d were to show signs of life, it would be at the top of everyone’s travel list – and we could answer a 1,000-year-old question on whether we are alone in the cosmos,” Kaltenegger added.

TESS, which is designed to comb the universe for habitable worlds, also found two other planets orbiting the star.

GJ 357 b is estimated to be about 22 percent larger than Earth and it orbits the star 11 times closer than Mercury orbits our own sun, gaining it the moniker ‘hot Earth.’

‘Hot Earth’ boasts a balmy ‘equilibrium temperature’ of 490 degrees Fahrenheit (254 degrees Celsius), meaning a ‘hard no’ for potential future human colonization as, even if it is found to have an atmosphere, it would be far too hot to sustain life.

The final planet of the newly discovered solar trio, GJ 357 c, has a mass of roughly 3.4 times that of the Earth and it orbits the star every 9.1 days. With an equilibrium temperature hovering around 260 F (127 Celsius), it’s cooler than ‘hot Earth’ but still hot enough to boil someone alive.