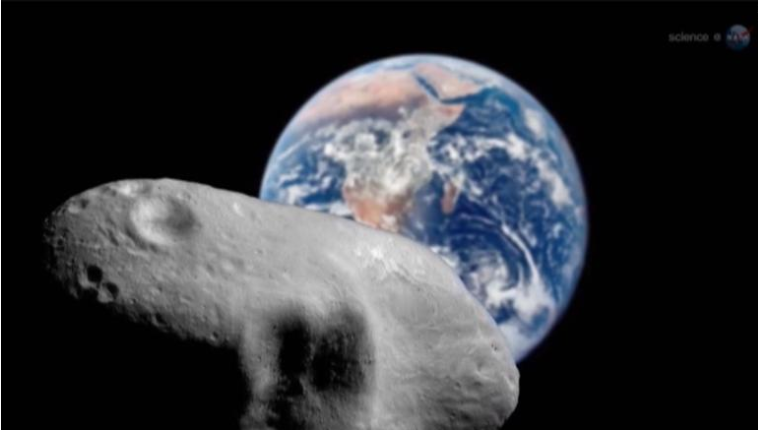 (CNN)On September 14, an asteroid will pass by Earth that’s larger than some of the tallest buildings on the planet.

Astronomers don’t believe the asteroid poses any danger, but NASA’s Center for Near Earth Object Studies is tracking it.

In June, astronomers showed that telescopes could provide enough warning to allow people to move away from an asteroid strike on Earth.

Astronomers at the University of Hawaii used the ATLAS and Pan-STARRS survey telescopes to detect a small asteroid before it entered Earth’s atmosphere on the morning of June 22.

The asteroid, named 2019 MO, was 13 feet in diameter and 310,685 miles from Earth. The ATLAS facility observed it four times over 30 minutes around midnight in Hawaii.

Initially, the Scout impact analysis software at NASA’s Jet Propulsion Laboratory deemed the potential impact as a 2. For reference, 0 is “unlikely” and 4 is “likely.” Davide Farnocchia, navigation engineer at JPL, requested additional observations because he noticed a detection near Puerto Rico 12 hours later.

On International Asteroid Day, here’s what to know about the threat to Earth

The Pan-STARRS telescope was also operating and captured part of the sky where the asteroid could be seen.

The additional images from the Pan-STARRS telescope helped researchers better determine the entry path for the asteroid, which bumped the Scout rating to 4.

The calculation matched up, and weather radar in San Juan detected the asteroid as it burned up in our atmosphere. It entered the atmosphere over the ocean, 236 miles south of the city.

ATLAS, which is two telescopes 100 miles apart on the Big Island and Maui, scans the entire sky every two nights for asteroids that could impact Earth. It can spot small asteroids half a day before they arrive at Earth and could point to larger asteroids days before.

Although much of the knowledge of their capabilities and determinations about the asteroid was worked out after the fact, astronomers believe that ATLAS and Pan-STARRS could help predict more in the future.